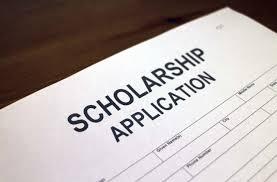 After all, textbook prices, college tuition, plus room & board keep going up. Newgy scholarships will provide a limited number of $1,000 awards toward rising college costs. These days, every dollar helps!

As the 2015-16 season gears up, NCTTA players should note there were significant changes in the scholarships first awarded by Newgy Industries during the 2008-2009 academic year.

Major eligibility changes for 2015-16 are now in effect:

Newgy is a major producer of equipment for the dynamic Olympic sport, including table tennis "robots.''

There's no chance to win a scholarship for players who fail to fill out the applications, write the essays and take care of other paperwork.

For more information on the scholarships go to http://nctta.org/scholarship.

The National Collegiate Table Tennis Association supports the Newgy scholarship program. Folks that desire to help expand it are encouraged to make a contribution.