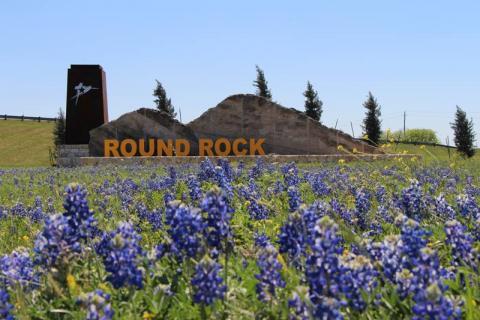 Billed as the Sports Capital of Texas, Round Rock will serve as the host city for the 2016 TMS College Table Tennis Championships.

A thriving high-tech city of 100,000 residents, Round Rock is the choice of the NCTTA Board of Directors with the selection announced on Friday June 5.

Located 15 miles north of Austin, home of the University of Texas, Round Rock beat out two other city bidders, Spokane, Washington, and Hampton, Virginia. The lively three-day tournament attracts about 250 of the best collegiate table tennis players from campuses across the USA and Canada.

“The NCTTA is delighted to be going back to Texas where we have been several times before,’’ President Willy Leparulo said. “We are excited to be working with the Round Rock Convention & Visitors Board.’’

Round Rock Mayor Alan McGraw gave a big thumbs up to the selection of his city to welcome the national tournament.

“We are thrilled to host the best college table tennis players here in the Sports Capital of Texas,’’ McGraw said in a statement. “We know the players, fans and their families will have a smashing time in Round Rock.’’

Round Rock CVB leaders couldn’t be reached for comment on Friday.

The three-day tournament will be held on the weekend of March 27, 2016. It comes a little earlier than usual for the national championships that typically are booked in April. It will likely cause NCTTA to adjust its divisional and regional college tournament dates in the spring of 2016.

Round Rock, Texas remains a big-time sports town. The city is home turf for the Round Rock Express, the Pacific League AAA baseball affiliate of MLB’s Texas Rangers. The Round Rock team plays at Dell Diamond that opened in 2000.

In addition, Round Rock is home to giant companies like Dell and Westinghouse. It is the 31st largest city in Texas. Want to taste good barbecue? It’s there in abundance in Round Rock. So is Mexican food. Try the MasFajitas restaurant. Café Java is the place to go for Round Rock coffee lovers.

This will be the 4th time the Lone Star State will host the national collegiate table tennis championships in recent years. Located near Dallas, Plano, Texas welcomed the 2012 NCTTA championship games in 2012. Prior to that, Texas Wesleyan University in Fort Worth hosted the tournament in 2005 and 2006.

The games have been staged in several regions of the USA over the years.

In 2013, Rockford, Illinois welcomed collegiate players from about three dozen institutions. In 2014, the championships were staged in Monroeville, Pennsylvania near Pittsburgh.

In 2015, the University of Wisconsin-Eau Claire hosted the sea of college players, coaches, volunteers and fans. Eau Claire sits 90 minutes from St. Paul, Minnesota. Rochester, Minnesota hosted the games in 2009, among others. Other sites in years past have included Ohio State University in Columbus and the state of California.

The NCTTA oversees collegiate table tennis competition at more than 150 colleges and universities in the USA and Canada.